A modern fairytale - in a Parallel Universe

I've dusted off this little satirical parable that I wrote in response to the The Garnaut Climate Change Review (2008).  It's not entirely fair but then satire never is.

In a parallel universe, in 1920† Sidney, the place where Sydney is in ours, had need of a harbour crossing.

An engineer, Dr Roadfield, was engaged to look at the practicalities; including the geology and geography and required property resumptions, in the context of contemporary technical options.

After considering the options he reported that most advanced countries solve the harbour crossing problem with a bridge.  He proposed that they make the decision to have a bridge; call for tenders for an engineering design; raise the finance; and build it.  We'll call it the 'Sidney Harbour Bridge' he said; then less modestly: 'and the new crossing will be called the Roadfield Highway'.

But there were dissenters, particularly in the newspapers and the Parliament.  Some said that bridges were inherently dangerous.  Hundreds of big bridges have collapsed worldwide and many thousands of lives have been lost (in our universe Wikipedia lists nearly 400 major bridge collapses occasioning the deaths of thousands; and it is estimated that worldwide tens of thousands of small bridges collapse every year).  Natural disasters often cause them to collapse, think what might happen in a tsunami, and they are vulnerable to attack by 'anarchists'.

Some said that tunnels were better as they were less conspicuous and did not interfere with the natural beauty of the Harbour, but of course they too had their dangers.   Some said that they would never go into a 'Sidney Harbour Tunnel' as such a thing was evil incarnate.

Others said they just didn't' like that arrogant Dr Roadfield and would do anything they could to stop any project proposed by him.

They all argued 'up hill and down dale'.

Meanwhile a small but influential group, the Hair Shirt Party (HSP), had gained the balance of power in the Parliament.  They said that any bridge or a tunnel would only encourage more traffic and people should get a dinghy and row across.  All that was needed was more dinghy mooring facilities; separately marked 'dinghy channels'; and of course, the compulsory wearing of dinghy life jackets.

An so an economist was engaged, much to the delight of Treasury Officials who recognised immediately that this was a person of logic and perspicacity.  A kindred spirit.  So they laboured together.  And in a year and a day they released the 'Guano Report' into 'water crossing methods and how to achieve them' subtitled simply: The Invisible Hand.

There was not an engineer or a scientist amongst them so they had no more than a general understanding of bridges or tunnels; or boats for that matter.   But their researches quickly revealed that there were lots of different kinds of each and many possible solutions.  How could they possibly choose; it's so complex!  So in the end the report failed to recommend any specific technology saying that The Invisible Hand would look after that.

They noted that crossing the harbour in the future was an externality for which the current generation was reluctant to pay.  The problem arose because of the water in the harbour.  But they did note that the problem would go away if all the water could be 'sequestered' by pumping it underground. Then the solution would be a walk in the Sidney Harbour Park, that once free of water could be planted out with trees, with maybe a remembrance fountain.

They explained that any attempt to 'pick winners' would result in a less than optimal solution.  There might be economy damaging mistakes.  Blame would be ascribed.  So they proposed to let the The Invisible Hand do the work.  The real men of action and finance were very smart and understood materials and 'finite element analysis'; much smarter than government economists. They would get it right. Treasury would not even have to finance it; instead they could tax it.

In summary: 'marketplace competition can be relied upon to sort the technical sheep from the technological goats', they concluded.

So this is what they recommended:

Henceforth persons using ferries to cross the harbour would need a 'water crossing coupon'. This would also apply at toll booths on any route around the harbour; like going around via Glodesville, Ride or Porromotta.  Monthly coupon books would be issued to everyone to cross the Harbour in any direction; southerners wanting to go North or vice versa.

People were encouraged to trade unwanted coupons amongst themselves and an exciting new market was established to facilitate this. People could hedge against coupon fluctuations and trade in coupon futures.  The number of coupons issued was capped relative to demand and then progressively lowered; making only limited concession to increasing population and economic activity.

Although the government had succumbed to pressure to give some people extra passes and to allow others free passage,  trade in the coupons was generally brisk.

Soon marginal coupons were selling at 'scalper' prices. As the traded coupon price reached £50 (this was pre-decimal) Macduff Bank and others calculated that they could charge say £10 toll if they built a crossing.  At that rate of return they projected that they could recover their investment and make a mega-profit within five years.

A melee quickly ensued in which 'carpet baggers' began tumbling over themselves to build a wide variety of crossings.  The Government helped by pouring millions of pounds into 'alternative water crossing' research.  This had the additional benefit of quieting the technical sceptics; who quickly found that even the most way-out research project, or one going, yet again, over old, barren, ground, could get a very nice grant. Popular among these were towers with mirrors that, if stared into hard enough, gave the impression of having crossed the water.

But the most exciting of these concepts was the 'Sidney Harbour Skyway', which was held aloft by hot air balloons.

As the 'money-men' knew little about engineering, and could not care less as long as their investors were eager, this imaginative and exciting project attracted by far the greatest support.

Unfortunately as things advanced, one balloon burst and then another.  Soon the whole project collapsed in a heap.  A lot of retirees, encouraged to invest by 'independent' financial advisors (many of whom later turned out to be on secret commission) lost their life savings.  A mini-recession ensued.

So delighted was HSP at their success in stopping the project that they were reinspired.  All experimental crops were cut down, with maniacal screams of joy, using hand pushed lawn mowers; but anyone injuring a tree was pilloried the old fashioned way - in a wooden frame and pelted with organic produce; scientists using animals in their research were kidnapped and tortured to death; all dams were dynamited; the beef and other meat industries were shutdown; whaling ships were intercepted in international waters and sunk; and for a period dinghy sales rocketed.

But a decade or so later, still with no practical solution in sight, Treasury, and their revered economist, had lost face.  A new Government, desperate for a real solution, employed some engineers who went knocking on Dr Roadfield's door and the old plans were dusted off. 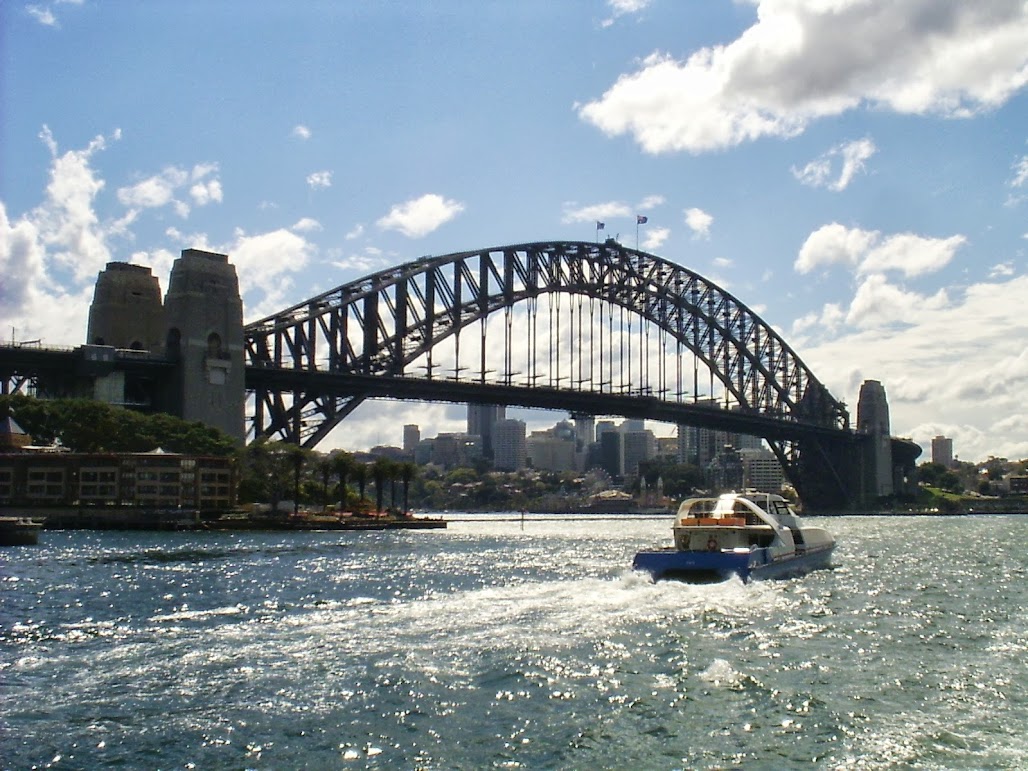 They are very much like the other, occasionally hazardous, bridges and tunnels built around the world by practical engineers; to solve the common and well understood 'water crossing problem'.

And they all lived happily ever after...

† In this Universe the Bloomsbury Group and John Maynard Keynes existed a hundred year earlier; not long after Adam Smith and the Scottish Enlightenment.  Smith's and Keynes' radical thinking was inevitably followed by the post-Keynesian economic debates; leading to the modern economic synthesis with Monetarism by 1911. Thus their 'market driven' attempt to solve what is essentially an engineering problem; as some in our universe regard the provision of electricity and transport energy.