In my novella The Cloud I have given one of the characters an opinion about 'goodness' in which he dismisses 'original sin' as a cause of evil and suffering and proposes instead 'original goodness'.

Most sane people want to 'do good', in other words to follow that ethical system they were taught at their proverbial 'mother's knee' (all those family and extended influences that form our childhood world view).

That's the reason we now have jihadists raging, seemingly out of control, across areas of Syria and Iraq and threatening the entire Middle East with their version of 'goodness'.

It is evident that many young men from the west have flown to their aid.  These young men are on a mission from God to make the ultimate sacrifice if necessary, just as young men have done for thousands of years.

In their eyes and probably in the eyes of their families and friends, they are heroes doing such 'good' that any means to their noble end is justified by the rightness of their cause.  In this they are following in the footsteps of Hitler and Goebbels, Slobodan Milošević, the Crusaders at the gates of Jerusalem and Joshua approaching Jericho, to name but a few.  Mass slaughter is justified as the fastest way of achieving the kingdom of heaven, the golden future, the final solution. 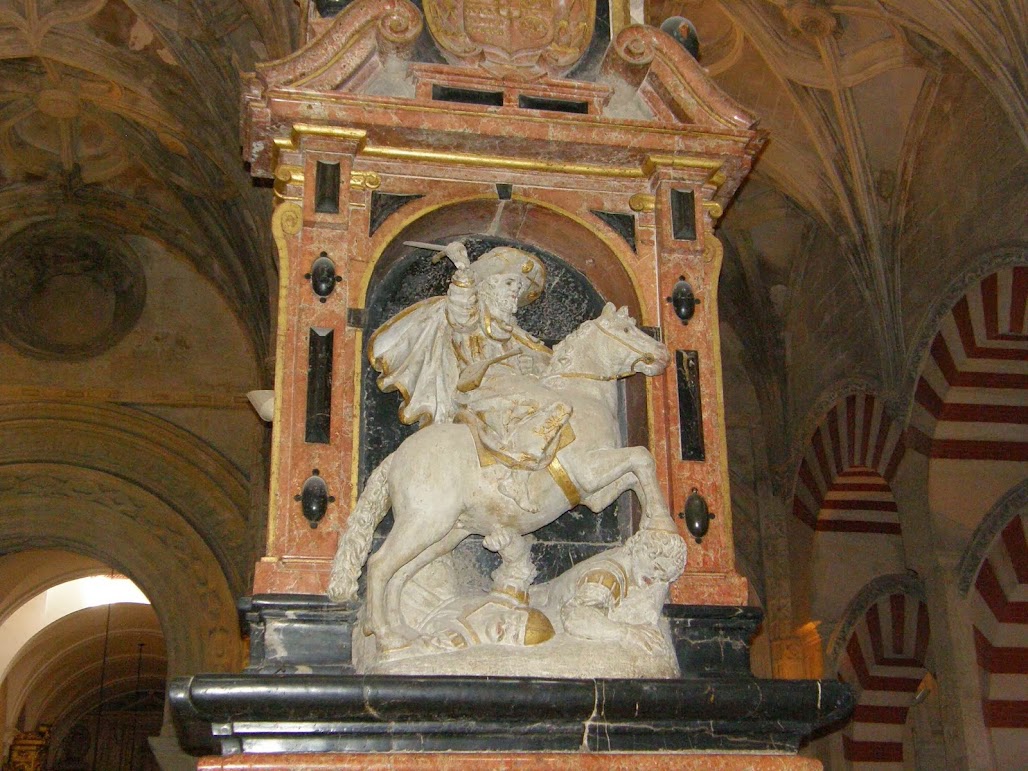 Cutting down the Muslims - in the Cathedral-Mosque of Cordoba
The Crusaders cut down an estimated 40,000 in Jerusalem in July 1099

The problem of 'good' is that every person's 'good' is not the same.  Like the thousands of followers of Hitler or Slobodan Milošević, the Crusaders or Joshua, the jihadists have somehow come to believe in patent nonsense.  Most patent nonsense is learned at our mother's knee.   When gods and angels and dead ancestors and future lives, beyond this mortal realm, have infested our imaginations since before we could talk, they are difficult to exorcise.

I've already invested more than enough words on this website explaining how, if we keep an open mind, we can tell the difference between reality and imagination.  But when this imaginary world comes to define a person's very being and purpose, nothing I write here, or say when they come to my door, can overcome those beliefs, no matter how refutable and ludicrous they are.

Thus people will go on believing that there is some divine law or mission that they must pursue at all costs, sacrificing their life if necessary.  They will refuse to accept that many human beliefs, like immortality, are entirely cultural with no basis in everyday reality or verifiable fact. They will go on disregarding the obvious: that if they had been born into another sub-culture, that espouses the beliefs and practices they despise, they would be their own worst enemy.

Nor has it occurred to them that had they been born as recently as two millennia ago they would be living their lives in praise of quite a different god or gods, in the certainty of quiet a different outcome when life ends: Valhalla; Duat; Hades; Elysian Fields; under the ground or above the sky or back again as a different creature.  In the early 21st Century it makes just as much sense to say that you go off to join the crew of the Enterprise in Star Trek and fight Klingons.

Religious schism comes as no surprise to Europeans who spent three decades of bloody war killing each other over church decoration, differing interpretations of Ecclesiastical and Biblical Authority and transubstantiation.  Does bread and wine metaphysically turn into blood and flesh or is it a sacrament of remembrance?

In the Islamic world similar enmities and differences of practice arose soon after the death of The Prophet.  During the past century, particularly in the Middle East, commercial and geopolitical interests have taken advantage of these enmities for their own purposes, periodically adding fuel and weapons to the flames of hatred.

It has been observed by many scholars that one element that defines a religion, as distinct from a secular and contingent set of beliefs based on facts and experience, is that religions assert the core beliefs are absolute: true in some fundamental way, independent of evidence.

It seems obvious to me that making important decisions on the basis of faulty data is likely to result in tears.  And there is no more faulty data than religious fundamentalism.

It seems only yesterday that I was questioning the wisdom of giving weapons and ammunition to jihadists and of the morality of consequently destroying the lives of millions of Syrians.

We visited then peaceful and pleasant Syria in 2010 where everyone we saw was living apparently happily, or at least in relative harmony with each other, enjoying perhaps the highest standard of living in the region.

As a result there has never been any doubt in my mind that Syria was deliberately destabilised by the importation of well armed foreign fighters and not by dissatisfied Sunni villagers who somehow got weapons and military training.

The destabilisation was a blatantly obvious attempt by Assad's enemies to replicate the way Gaddafi was was toppled in Libya.  It was hailed in the West as part of the so called Arab Spring, that three years later looks more like the most bitter of Winters.

The destabilisation of semi-democratic Syria was probably mostly the work of that well known democracy Saudi Arabia.  Advanced weapons and seemingly endless supplies of ammunition don't make themselves and don't come free. Someone was paying.  Armament factories in the west and east supplied the weapons and matériel with enthusiasm.

The British, French and US governments quickly got their propaganda machines going in support.  The destroyed cities and displaced citizens were said to be down to Syrian Government actions, even when the towns had fought valiantly to defend themselves against the jihadists before being occupied and others, like Christian towns overrun, were massacred or forced to convert.

As I commented at the time, the news was dominated by journalists 'embedded' with the 'freedom fighters', and none that I ever saw with the defenders.

Hasn't that turned out well?

Why would 'our side' do such a thing?  Three simple letters, one little word, oil.

Suddenly on the news today (22 August 2014) we hear that the Syrian government may get US support or perhaps tacit cooperation against this even worse jihadist threat.  'The enemy of my enemy is my friend.'

It's tempting to say 'I told you so' once again.

To see why, have a look at Overthrow and the 'Arab Spring' again on this website.